This a post from the forums, from a very dear friend of mine, named m0ds (lol). He's working on promoting his own game, and needs 2000$, the pledge so far has been around 1800, so he's missing very little and there are less than 20 hours left. If anyone would bother to read and spare a few dollars it would be lovely.


You can contribute to help us have it ready by early 2013 (if the target is met), and this also acts as a method to pre-order as the game is commercial... be a sexy hero of some kind, help us out!


It started as a joke idea from an early AGS discussion about adult games being made in AGS. It's been on a long journey but finally the production is moving along steadily now, enough to finally warrant a games in production thread, after a good ten years without one.

Kinky Island is an adult adventure in which you control Joey, a naive and sexually frustrated young dude - transported to a glorious tropical paradise where all his frustrations can be answered, providing he's not being distracted by it's uncanny similarities to a point and click adventure, like Flight of the Amazon Queen or something.

You may have played the demo in which case you'll remember it once looked like this:

Well now, thanks to the guys who saw an adventure game demo plea and 'Saved Kinky Island' have upgraded it in all respects to make it look more like this:

There are various thrilling places to explore on the island, including a path, a forest and a tree stump. We have however had to use some pretty mundane places like a pleasure beach, fairground and palace. See for yourself how old locations have been brought to life, and realize just how 2D the ones you've not seen yet will be when it's done:

We are aiming to have it ready by roughly this time next year, that gives us about a year to get it finished. Yes, there is nudity, yes, there is bad langauge - but it's not all gratuitous sex. The game is a parody on point & click adventures and is heavily inspired by games like Amazon Queen and Teen Agent. The humor is silly and quite frankly the plot is ludicrous, but it's a comedy romp that I hope will appeal to both sexes albeit MADE BY A BUNCH OF BLOKES.

Get some awesome stuff in the game


All that's left to say that as progress is made the thread will be updated, and thanks for reading and showing an interest. Much appreciate everyone who played the demo and have kept up the hype for the game. I know it has inspired me and I hope this thread will help motivate the other team members, I'm sure you'll agree they're really making something epic out of a game that could go either way... because it's bi. Bi Screen7, I'll have you know.

Lotte, who is like Trinity from the Matrix, only called Lotte, and not Trinity, cos that would be copyright infringement


And that about sums it up. An important answer to an important question is, yes this will cost a little bit to buy. I assure you the game will have plenty of treats for point & click fans, providing you can get over the fact there are some pixelated boobs in the game. Thank you for reading, and see you on Kinky Island! No matter how stupid and impossible that phrase may be.

An AGS engine based game by Liquid Nitrogen, where kittens are missing. It's designed mostly by a nine year old gal, with the help of her father, which adds up to cuteness. So, stop reading this and clickity click this to take you to the game.

Leading up to the June 19 launch, Resonance can be preordered in both digital download and physical formats:
Posted by SSH at Friday, May 18, 2012 No comments:

It's the bundle time of the year.

Well, let's face it, we all secretly adore that trend that took over the forums during 2010. A random combination of words, approved by ddq, and created by Snake was taken over by Ben304 and into a game, that created a RON-like universe.

So Ponch, a mastermind behind bundles (or so I keep hearing), has decided to force me to finish my paper and also has forced two other forumites to make a 3-game bundle.


The Oceanhumble Dennisbundle
GET IT BY CLICKING ON THE RED


First up, Ghost serves up a peek into Dennis' childhood: 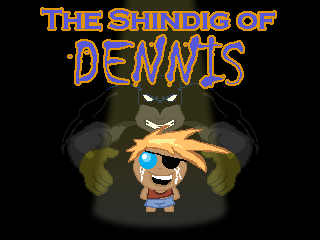 1. THE SHINDIG OF DENNIS


Then Ponch kills some time with Ray in The City: 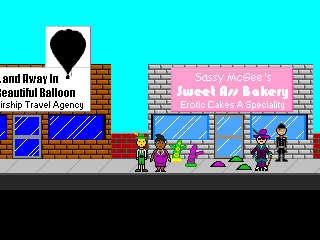 
And finally Ben304 takes us to strange new places: 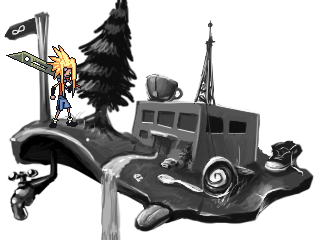 For the first time in ages I've added a poll: this one is on the redesign of the AGS website and forum. Let us know your thoughts!
Posted by SSH at Tuesday, May 08, 2012 3 comments:

So the awards ceremony ran over the weekend and the results are out. Pretty good night for Wadjet Eye games (who have also just got approval for Resonance to head to Steam) with Blackwell Deception and Gemini Rue walking off with a lot of awards!

Alright, I'm going to start right ahead on the important statements that need to be said. As a person I get overexcited over anything. That usually raises my expectations exponentially. Usually they are never met. Resonance is the exception to that rule. A game fueled till about a year with the sheer determination of its members, is now under the hands of Dave Gilbert.

I've personally played the demo handed to me via e-mail, so you're in luck. I can't tell if the game is fantastic or great or awesome, even though I probably should. But it has all the potentials to surpass the huge legacy Gemini Rue created, and put AGS and of course its team, in the mouths of simply everyone.

Graphically wise the game looks astonishing. The animation is very fluent and the character sprites are drawn by Shane Stevens in a way that they blend almost perfectly with the background art. As for the backgrounds themselves, they are undoubtedly amazing. A terrible amount of detail has been put into them, and they all glow a majestic feel, with their vibrant colors and shapes. The sound and music are composed by a fellow greek, Nikolas Sideris. The melodies have a bladerunneresque feel to them and fit every scene better than perhaps they were designed to be.

The story, that I'd prefer not to bother with any detail or at all for spoilers sake, and the dialogs have been co-written by the whole team, mostly by Vince Twelve, and are my favorite aspect about this game.

Every line feels natural and well delivered by the voice acting. After playing for about 30 minutes, I realized I haven't skipped a single dialog, which is totally unlike me. The game offers many choices that made me feel, as if I was living the story/character.

You have to be a fool to overlook Resonance. And a complete and total one at that.
Posted by Dualnames at Saturday, May 05, 2012 3 comments:

Ceremony is Closing in

Well, since the ceremony is closing in, you should let bicilotti know. Click here and vote when you are available. Ideally send a fat check to the italian mob.
Posted by Dualnames at Thursday, May 03, 2012 6 comments: