The amazing creator of the Cat Lady thought it'd be nice to give as an in-game view of what the hell has he been doing the last 3 years. Personally, there are some images with him on a beach along with a martini and a beautiful blonde that are missing, but till I get my hands on those, you'll have to see related to the game. Remember the times when..

In the meantime, Dave Gilbert posted this wonderful and gorgeous looking poster for Resonance.

Resonance is this:
A particle physicist's mysterious and spectacular death sparks a race to find his hidden vault and claim his terrifying new discovery. The player will take control of four characters whose lives become entangled in the search for the scientist's vault. They will have to learn to trust each other and work together to overcome the obstacles in their way and to keep this new and powerful technology out of the hands of a dangerous organization.

Which crazy, callous, megalomaniac lunatic* do YOU want in the White House? Well, unless you're American you have no choice... but wait! You CAN choose who is nominated for the AGS Awards. So... go and do it!

I'm totally okay with the riot rant comments closed, hope it's understandable to everyone why that course of action was taken by SSH, because I need someone to explain it to me.

In the meantime, someone that actually writes about AGS, Igor Hardy, our rival and deadly enemy, has reviewed the person behind Gesundheit. Before I utter the letters that his name is consisted of, it's important to make sure you don't get confused. 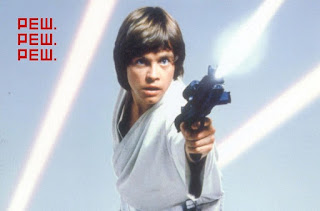 This is Mark Hamill. He acted in a porn-flick with ridiculous glow sticks.

This is Matt Hammill. He is the man behind Gesundheit!


This is the link that will magically beam you up to the interview.
Posted by Dualnames at Saturday, March 10, 2012 No comments:

Hi folks, the Greece versus Germany debate had violated Godwin's law and got a bit out of hand, so I've closed comments on it. I'd like to emphasize that the official stance of this blog is that officially it is all Dualnames's fault. I don't just mean greek debt, I mean everything. Ever. Including things that happened before his so-called birth. Thank you.
Posted by SSH at Saturday, March 10, 2012

If you have no idea what I'm talking about then I pity thee. It's a breath-taking looking game, with a chilly and unsettling atmosphere, that made it's debut at AdventureX 2010 and it's designed and drawn by Alan V. Drake.

I can't press how amazing this game is turning out to be and how good looking the website is, so feel free to judge on your own.

PLAY THE DEMO
WEBSITE HERE
Posted by Dualnames at Thursday, March 08, 2012 No comments:

Fragment happens to be one of the fourteen games of the AGS Bake Sale. Initially drawn and designed entirely by Ben Chandler (Ben304), finally saw the light of the day, thanks to Sebastian Pfaller (kapputnikk) taking over the design and of course, composing the music. This of course is a team-effort between the two.

The story takes place in a future, where the player takes control of Timothy Jenkins, a scientist conducting experiments in the field of phychology. His latest experiment appears to be around the exploration of human memory and unevitably human emotions. The experiment is called "Plateaus of Oblivion" and is conducted with the help of a female AI by the name of Arkady.

Lately Timothy has been spending too much time with the experiment inside the plateaus, mostly because he broke up with his girlfriend, Marylee. Arkady (the AI) has been struggling coming up with different setups in such a limited time, and resolves into drawing memories from Timothy's memories. 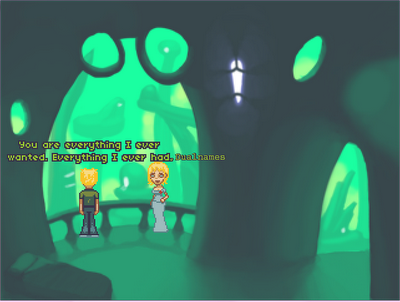 Depending on your choices, the game offers two endings.

The writing style of the game is decent, and the options provided to the player fit in most situations every personality/behavior. Despite the bulkiness of the dialogs in general, the writing doesn't seem to tire at all.

The puzzle design is most likely the best thing to be offered by this game. Fragment is a standard point and click adventure game, where left click walks/interacts and right click examines. It's worth saying that the interface is self-explanatory, but there's a readme included just in case.

The purpose of the player is to solve a puzzle in each setup/plateau to proceed to the next one (continue the experiment).

With each plateau the challenge increases, I believe in certain plateaus a hint (nothing major just a subtle one would do) would be nice for people with no adventure game skills. But a little clicking here and there, should provide adequate understanding of what needs to be done.

The pacing of the game appears to slowly gain a great momentum, as in my playthrough. I literally stormed out on each plateau.
The plateaus are all unique and there's no repetition between them. However, it must be said that due to the lack of hints/reactions on certain plateaus players may or may not be stuck helpless. Perhaps more hinting would simplify the game way too much, and remove any sort of challenge, so that move from the developers is understandable.

Before every plateau, you'll be asked to complete a circular design by dragging the pieces or clicking on the dots. Even when the game is at its end, those puzzles pose no threat/challenge to the player, and there's a high repetition rate of the patterns. So it becomes slowly a tedious process taking away time from the most interesting parts of the game.

Graphically-wise, the game appears to be quite pretty and imaginative. The backgrounds are neatly and abstractly drawn with wild colors. The characters are colorfully drawn, and decently animated, besides timothy's walkcycle; though possibly I'm the only person to be bothered by it. Also in certain occasions, Arkady will smile, which is a small, but regardless a nice detail. Besides the plateaus, the player's will mostly be on the terminal room, where Timothy hooks up.

Fragment has been dressed around with lots of different and fancy tunes and amazingly old-style sound effects. The music has even been integrated as a meta-joke, inside the game, supposedly some random music that Arkady chooses to play on each plateau. Regardless, the music never happens to be boring and with the lack of it outside the plateaus, you'll find yourself enjoying it. Sebastian Pfaller, has composed a unique tune per plateau, and the diversity and uniqueness of the plateaus happens to be portrayed in the music as well.

Fragment takes abour 1 hour and a half to complete give or take 20 minutes, but it's a time well spent, replayability value though quite low, perhaps only worth seeing the ending you didn't get on a let's play on Youtube.

Besides the difficulty being possibly, and that's an estimation, a bit hard for beginners, Fragment has been adequately balanced with an ever increasing challenge as the game progresses, and the story arc is quite interesting and well written, accompanied with a really cosy and dreamy sound-design.

Well, not as in abandoned (though that's not entirely false in some way, more like switched hands), but more like this:

Thanks to Chicky for the wonderful picture.

Kinky Island is a project that has been worked on for the past 12 centuries by Screen 7 or Mark Lovegrove and a bunch of talented people, if you will. Anyhow, I'll make this short.

The game has boobies, they demand ransom at IndieGoGo. Plus I'm in it. I can double-check with you, that the games offers pixel boobies.

Well, apparently everyone hates this background, so please give your suggestions for appropriate alternatives! Prize is to get your background selected! Woo!
Posted by SSH at Sunday, March 04, 2012 5 comments:

Dualnames, bicilotti told me to tell you (3 hours, 34 minutes and 5 seconds ago): blog about downtime

Downtime. From the beginning of mankind, servers went down for maintenance. This time however it's all qptain_nemo, Ben304 and uoou's fault.


They hacked the forums to destroy the core of a wonderful community.

Snakes of Avalon gets RPSed.

An overall critical acclaim is what seems to still to this day, be enjoyed by the much hitchhockian (or whatever the word seems to be) Snakes of Avalon. The amazing Igor Hardy (the co-creator of Snakes, the other being the amazing Baron), delivers a fresh and fully punk-rock interview to one of the staff in Rock, Paper, Shotgun.

Well worth a read. The game of course is well worth a play, I won't repeat myself. YOU MAY SUPPORT QPTAIN_NEMO
Posted by Dualnames at Thursday, March 01, 2012 2 comments: