Title is a courtesy of Babar Longshorts.
-Games that got released (or I didn't take any notice of):
-Re-Agent Orange:

Too hard to rhyme anything with orange, but this game is really a very enjoyable funny attempt of a game. Helme and DrWhite have teamed up to make this cute little funny game, and according to my professional opinion, they sort of succeded. Okay, the art might not be perfect, but everything is drawn in a stylish way.


-Love is not a competition, but I'm winning..:
Let's have a look at the competitions that are going on ,or just went on.

-Finished:
MAGS (Drugs Theme by bicilotti):
Well, this is a self-promo, but well somebody has to do it. Unfortunately I made a really hard-to-make entry, but no one (almost Ryan) entered the competition but me. So I won by default. The entry's name is Winner's Don't Do Drugs: 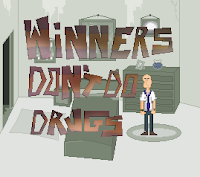 But it should be like Winners win by default..:P


Colouring Ball (Hosted by Indieboy):
He whose name shall not be told, drew this and won. 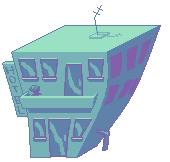 Fortnightly Writting Competition (Trihan, Dualnames):
Uncle-mum has won the competition and well, that's it. Thanks to all those who posted an entry.

-Still on the run:
So which one should you enter to get yourself a cool prize?
-Background Blitz([hide]Ben304[/hide], 28 Jan-11 Feb):
He has won the last blitz and he's hosting this one. Do not say his name by any means. The theme is similar to the nature of he who's name shall not be spoken or written.

-Animation Party(Lyaer till 29th of Jan):
You get a boy and a girl...can you make a party out of the them? So far a cool looking blood party entry has been posted. Watch it:

-Tuuny Tune Contest (visy January 2009):
Can you make a Space AGE tune? Come on!! Take that Arjuuguitar and make a theme.

Well, do you feel lucky..
eh..punk?
Entries so far: 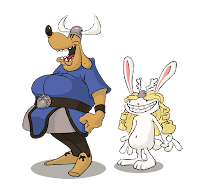 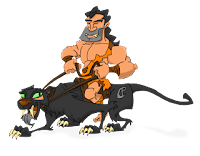 Posted by Dualnames at Wednesday, January 28, 2009