-Games to wait for: 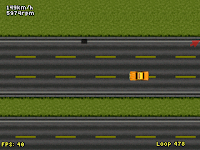 Lately the community can't cease to amaze me. Zabnat (also known from Odot Tamat) has written, scripted and designed a grand theft auto engine. And it looks and plays smooth and lovely. He's even handing the source code for free. 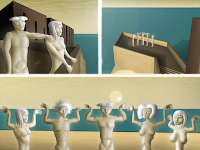 Woltaire can't stop once he's getting started and is already working on the sequel to second face the eye of Geltz. There's more nudity and sex on this one, that's what I hope.
Limpish Fish is now .. Hallow?!: 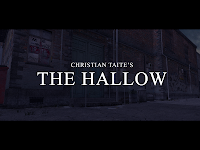 Well, limping fish has surely overcome all obstacles in making something look totally professional. A horror sort of game this one, and I need some spooks. Hope the estimated date of release won;t scare me.
-Competitions on the fly:
Photoshop Phwednesday by Eggie(ends on 14/1/09)
One entry so far, according to which an AGS member won't have a good year.
Background Blitz(10-24):
Raddicks after winning zyndicate's previous blitz,is hosting this blitz. See some Star Trek and make a sci-fi based bg.
Colouring Ball:
Twirlly has awarded among the rest prizes, the first prize to Indieboy. Another stickamite bites the dust.

MAGS Drugs(till the 25th Jan):
After bicilotti has won, he has set a new level in games adding drugs. Try no to get an overdose.
Twirlly's Animation Competition:
Well one entry with Santa, so one gold prize. Lyaer.
Pirate Jam(Till the 16th Jan):
Space Pirate Caine has requested only inhabitats of monkey island. Ahoy there.
-Thing to check out:
Ivy is going to write on Bytejacker..woohh..Bored to check more stuff, it's my birthday today anyway, so I hope SSH won't mind me taking the rest day off.
Posted by Dualnames at Saturday, January 10, 2009