More trolls on the forums lately? Maybe we're more popular than ever? 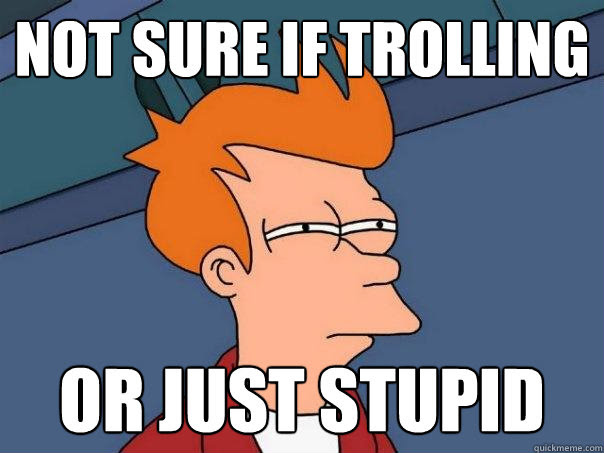 Is it me, or have there been more trolls on the AGS forum lately? We've got people starting flame wars about rape, the holocaust and more, but why? I first joined the AGS community in 2004, and over the last (almost) 8 years now, there have been a few trolls that showed up now and again, but lately it has been overwhelming.

There are people with very few posts (that I am assuming are trolls based on their posts)discussing how adventure games are dead, how the holocaust never happened, and how rape is acceptable in a game, seemingly just in an attempt to rile people up.

Could it be the recent acceptance of Gemini Rue to Steam? Could it be Dave Gilbert's accolades with his most recent Blackwell game, or some other combination that is bringing more people to the AGS community or the adventure game genre in general?

With popularity and exposure comes the good and the bad I guess, but I am hoping that this community I have grown to love over the years doesn't suffer the same fate that has fallen other smaller communities due to people being dissuaded by trolls. I guess the best advice to give is, "Don't Feed The Trolls."
Posted by poc301 at Wednesday, November 30, 2011