Post of the Week: Atapi and Eric - Cool Adventure Games 3 steps away

Back again, dear viewers or random internet linkers, and we're about to see some really cool stuff from the AGS scene. 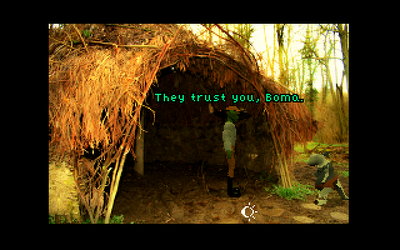 A game by Moody Blues, finally released says I, and it's really looking and feeling rather good. The story takes you to a strange universe, where a father descended from an alien race of some sort (haven't played that much), is trying to save the village from a disease. I say give it a try for it's worth it!!

-In production(yes, not ready so don't get jumpy already!!)
-Eric and the Apostolic Megalith: 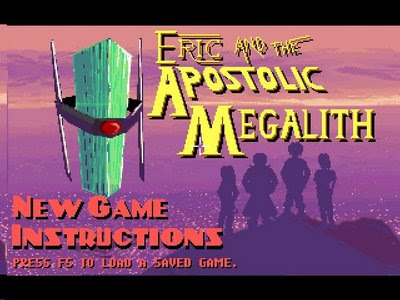 That's really so good to be true, a game attempting to pay a tribute to all those 90's games, but from the looks of it and the story of it, man, I have to play this. Can't resist really. Just look at that!! On the story behalf, there's Eric a sort of a loser, a Megalith, and parody all over the game. 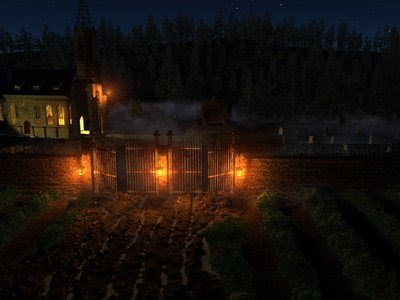 A game by a newcomer, to be precise and upcoming game from a newcomer, that's looking really good. And professional. It's a horror based adventure game. A boy while on holiday with his parents wakes up one morning and can't find anyone at home... 20 years later this person is having a peaceful life in Boston. He sudenly receives a letter that the words on it remind the way his father talked. Our hero Nathan thinks that its time to solve this mystery with his parents disappearance. Sounds intriguing...


-Rest News:
Poc301 after losing the last special MAGS, has decided to put a link of his prize (that was a CD with all the 5 years MAGS entries) so you can get it

Here as a zip

Here as a torrent (might work as Save As)
It's legal and free so no worries :D.
Posted by Dualnames at Monday, June 22, 2009