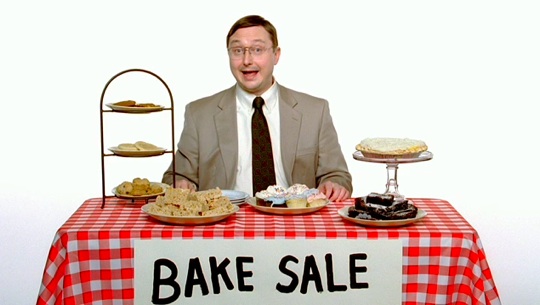 The AGS Bake Sale is just over the horizon. Those of us doing games for the charity project received a reminder that the deadline to get our games submitted is about two weeks out.

For those who aren't aware, the Bake Sale is a batch of 13 games sold in a bundle pack. The sale will begin on (or about) January 15, 2012 and all money raised by the sale will be donated to Child's Play, a fantastic charity that seeks to enrich the lives of unfortunate children in hospitals around the world. Child's Play is a charity that is uniquely suited to gamers like us, as it is funded almost entirely by gamers and the videogame industry.

The bundle of games will be sold on a "Pay What You Want" basis, where you can get the bundle of games for the price you are able to donate to the charity. The games in the bundle will not be released to the public for an agreed upon one year period. During this time, you'll be the exclusive owner of the amazing titles being produced.

More info on the Bake Sale can be found here : http://www.bigbluecup.com/yabb/index.php?topic=44684.0