At least not without a fight, they won't.

But this August, we went over by 1000 of the previous August's number of posts. More topics, more posts, less people online, same number of new recruits are the results from the comparison of August 2009 VS August 2008.
But well, can't really do much about noobs, can we? But there's been some really hard-working newbies, such as Stacy Davidson, Calin Leafshade, and others... 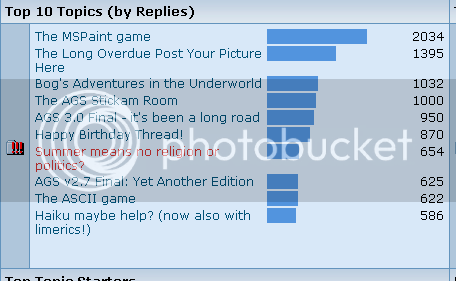