1) So to start with the usual, what's your favorite AGS game? 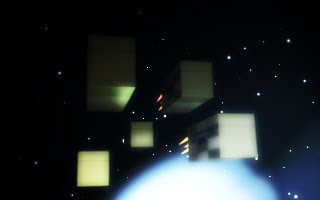 It's really a hard choice. I find Spooks to have filled my heart with joy, like no other game has. I find Barn Runner games to make me laugh so hard as none other game has. It's probably a choice between those two.

Sometimes it's a nightmare, especially if something in your personal life does come up, but it's a rather fun experience, and I'm really happy that some cool games lately, were in fact entries for the MAGS competition. Not to forget the recent breaking of a 8 entries in one competition.
As for how long will I host it..ah well, perhaps forever..:P

3) You've been working on a remake of the Hitchhiker's Guide to the Galaxy for two years or so. When will the game get eventually released?

The million dollar question that is. I've trying to answer this for years, but I only know the question and not the answer. And I seriously doubt it's forty two. I am not going to let this game take forever. If at some point it does, I'll just release it as it is. I'm really satisfied with the result as it is, but there's always room for improvement.
4) It's a strong opinion that has been expressed in the forums, and people stand divided, on whether this remake has anything to offer than the original.

I find the opinion that the remake has nothing to offer in terms of gameplay, to be a little short-minded. Certainly the original offers interactivity, but that doesn't mean the level of it, can't be reached, or capped. Even on a point and click interface, which equals to the old banging of the rocks thing. But did the original offered Music? Speech? Graphics? Not really. But that's where its magic lied. It felt like playing the book. Your imagination couldn't be restrained.

To sum up, I really love the original, and respecting it, we've put some really hard work on this remake.

5) Two times on the past, one being really recent, you've decided to halt the game, why's that? And what changed your mind to work on it again?

Well, on the first time, I sort of got this idea that my art skills were putting off people from this game, and with all the hard work done, I really found this was unfair to me and the team, therefore without being able to find an artist to help me out, I decided to halt production untill I do so find.

This caused the mob to come after me, and most importantly Ghost, to write me the kindest words ever written. Speaking of him, he's been away lately and I begin to worry..

On the second time, I found that artist, and with the round of improvements going on forever, I really felt that with that rate the game will end up vaporware. And my game was getting me down as Snake once said about his.

So I decided to stop for a while to think of things. I asked a moderator to lock the topic, and damn that caused a number of pms on my way. Thanks to those that I won't name for it doesn't matter for the rest of the world, but their help is deeply appreciated.

And so I'm back on track and very very happy with the latest changes.

6) You said that you find the games you've released so far as not enjoyable apart from Towel Day. Do you think Hitchhiker's Guide to The Galaxy Remake will end up enjoyable?

Towel Day is really my pride, because it was the only game, I've really focused on just making it worth spending time with. And it made me really happy that it got received as so.
For the 'big' game I definitely target it to be, but I really don't have an objective opinion if it really is.

Here's the trailer if you want to have a look at it.
Posted by Dualnames at Saturday, December 26, 2009